Queen Coins from The Royal Mint

The Royal Mint has released Queen Coins as the first in a Music Legends British Coin series released to celebrate bands and music artists of the UK.

The first band on a UK Coin

Rockers Queen has become the first British band to join Queen Elizabeth II on a commemorative coin, the Royal Mint said. So the coins have a Queen on both sides!

The design has a unique surface animation on the piano keys – showcasing the opening chords to the piano medley of their most iconic Queen track – Bohemian Rhapsody.

These coins were released for sale at 9 am on Monday 20th January 2020, with both of the Gold Coins being fully sold-out by 7 pm the same day.

Watch our Queen Coins 2020 from The Royal Mint video on YouTube if you prefer to see the different coins in a video. 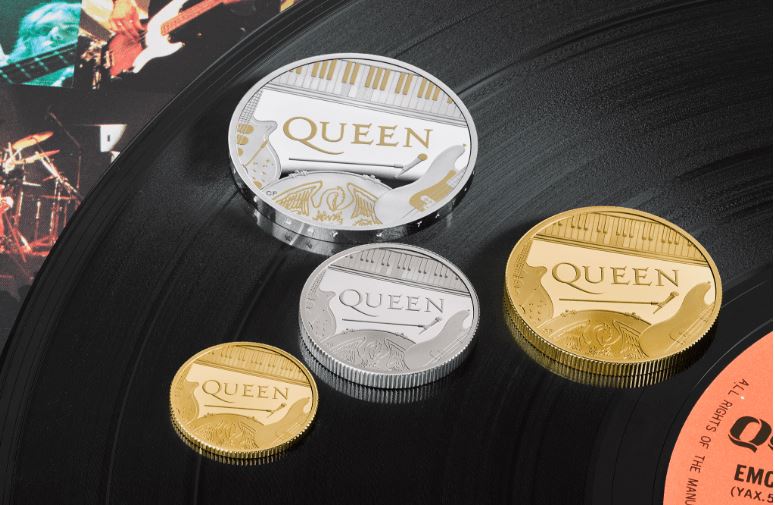 The Queen Coins will be available in Gold Proof, Silver Proof and Brilliant Uncirculated (BUNC) editions. 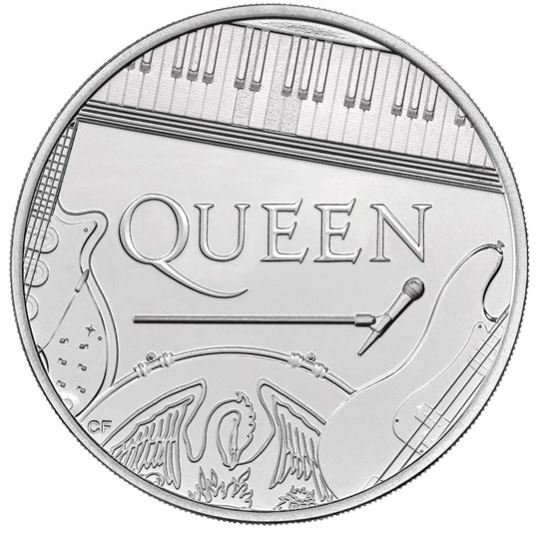 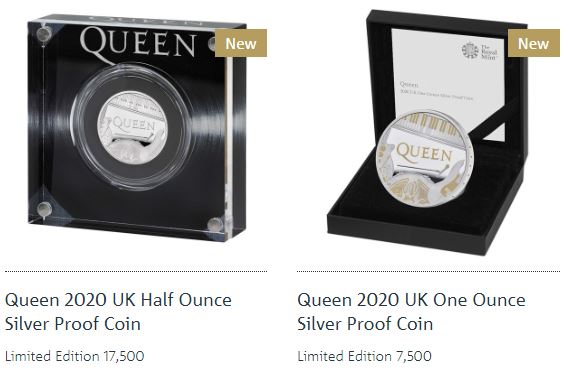 The silver proof coins are available in half and one ounce.

If you compare this to recent Silver Proof coin releases from the Royal Mint, the coins have usually been in the 25,000 to 60,000 coin mintage range (with no half-ounce option) so this makes this series much rarer.

For example, the 2016 Beatrix Potter Peter Rabbit One Ounce Silver Proof coin was a 15,000 coin release and was selling at hundreds of pounds soon after it sold out at the Royal Mint.

It will be interesting to see the after-market prices for these coins once they are no longer available. 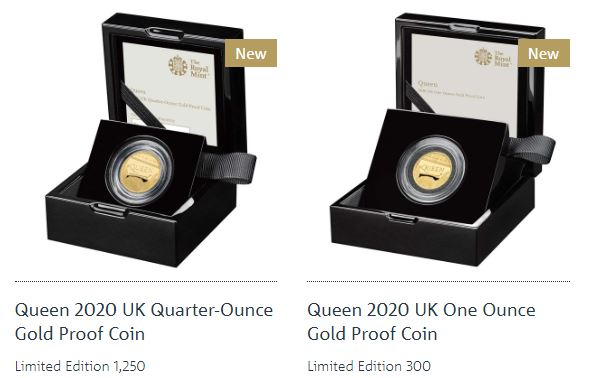 The coins feature musical instruments from the band.

The bass player who shunned the limelight, the multi-instrumentalist on drums, the guitar virtuoso brandishing a sixpence and the piano playing lead singer with an extraordinary vocal range.
Together you have all of the component parts that gave the band their special dynamic.

If like us you are a Queen music fan then no doubt owning one of these coins will bring you great memories of the band and their music.

Rest In Peace, Freddie Mercury, your songs with live-on forever!