From the poem “Daffodils”, this text is one of the most famous poems in the English language and it is considered a classic of English romantic poetry. Wordsworth was inspired to write the poem on encountering a long belt of Daffodils while taking a walk with his sister Dorothy in April 1802. 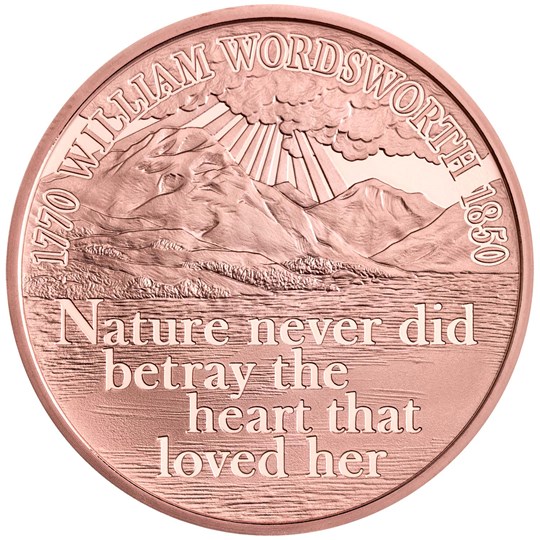 Celebrating the Poetry of William Wordsworth

William Wordsworth is one of the most popular poets to have written in the English language. His ode to love and joy, ‘I Wandered Lonely as a Cloud’, commonly known as ‘Daffodils’, is amongst the nation’s favourites.
To commemorate the 250th anniversary of his birth and celebrate the life and work of one of Britain’s greatest literary figures, THe Royal Mint has struck a special £5 coin.