08/12/201821/10/2020 UK Coins
Disclosure: This post contains affiliate links which means we may get paid a commission if you make a qualifying purchase through our website. Using our link is at no additional cost to you. 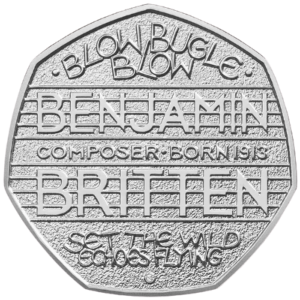 The Benjamin Britten 50p was issued in 2013 by The Royal Mint to celebrate the 100th Anniversary (1913 to 2013) of the birth of this famous British composer.

Note there are different variants of this coin so educate yourself here before you buy or sell one. 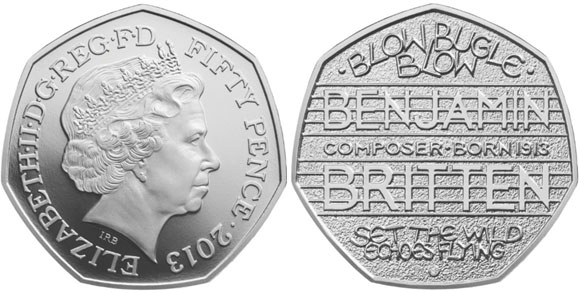 This is the circulated coin (found in your pocket change). It is the first UK coin to show the date (2013) and denomination (FIFTY PENCE) on the same side of the coin – the obverse (the back).

The coin features the uplifting words BLOW BUGLE BLOW and SET THE WILD ECHOES FLYING along with the composer’s name BENJAMIN BRITTEN in a stave.

The Benjamin Britten 50p coins are being held by private British Coin Collectors so the availability to the public is reducing.

The Brilliant Uncirculated (BU) version, in a sealed coin pack.

These are selling on eBay for around £95! 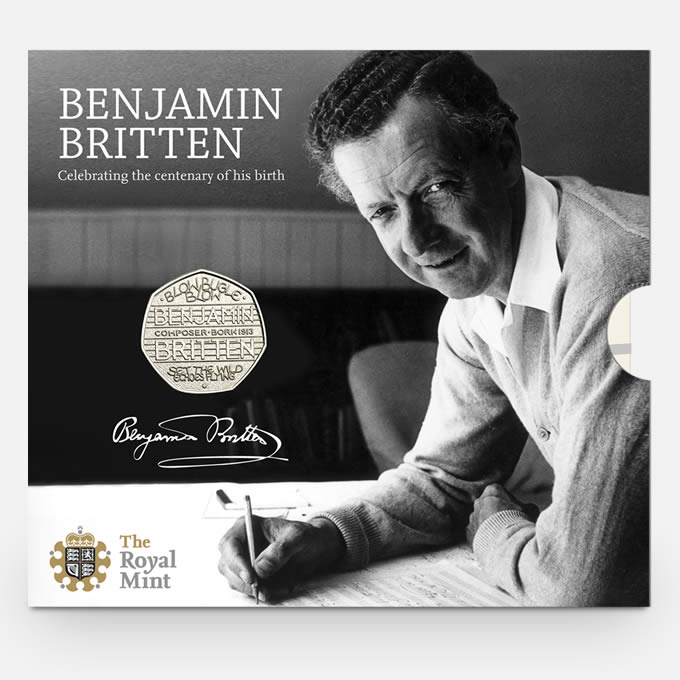 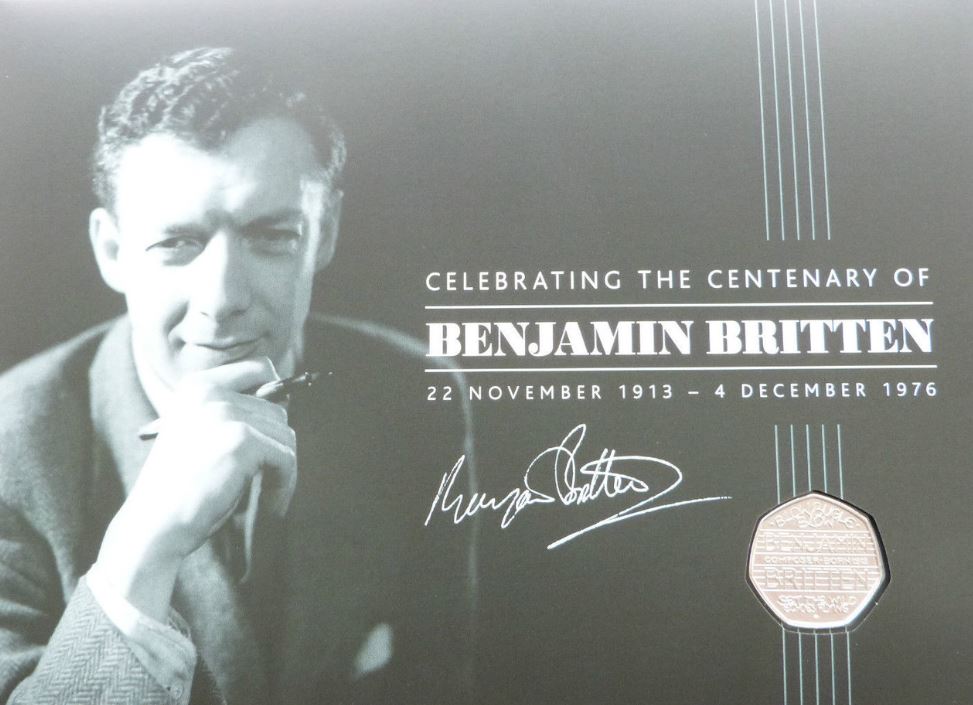 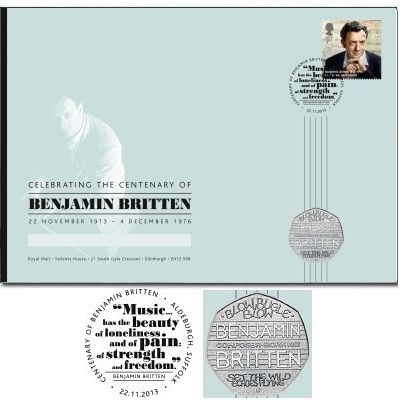 Produced by The Royal Mint and Royal Mail a first day cover with the 50p coin and Benjamin Britten Stamp.

The Royal Mint and Royal Mail Coin and Stamp cover – £14.95 on the day of release.

The rare silver-proof version of this coin had an original selling price of £90 and came in a special presentation box with a certificate.

Only 1,000 were issued to mark the 100th birthday of the British composer.

From completed listings we have seen on eBay, they may now fetch as much as £350.

Front Design: This coin features the composer’s name in a stave, as well as the words “Blow bugle blow” and “Set the wild echoes flying”.

This was the first ever 50p to show both date and denomination on the obverse side.

How many Benjamin Britten 50p coins were minted?

Is the Benjamin Britten 50p rare?

What is the Benjamin Britten 50p worth?

We just bought one in great condition on eBay.co.uk for £5 including postage however there are reports of them selling on eBay for thousands of pounds.

With all the hype in the UK press around “rare” 50p coin values, some eBay sales suggest that people have paid a crazy amount for a common cupro-nickel coin.

Here are some examples we found in our research:

We can only hope the buyer understood what they were getting as it appears to be a circulated coin, not the silver proof version.

Benjamin Britten 50p Coin Scam? – there have been articles in the UK news calling sales of this coin for thousands of pounds, a scam.

See an example here: Scammers on eBay are trying to flog 2013 Benjamin Britten 50p coins for more than £6,000

Who was Benjamin Britten?

During his successful career, Benjamin Britten compiled an impressive body of work ranging across diverse genres and moods. He was an outstanding pianist and conductor. Following his death in 1976, Britten’s reputation as one of the greatest musicians of the age has continued to grow.