29/01/202019/10/2020 UK Coins
Disclosure: This post contains affiliate links which means we may get paid a commission if you make a qualifying purchase through our website. Using our link is at no additional cost to you. 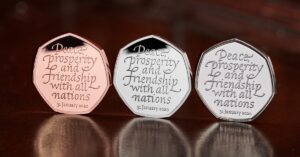 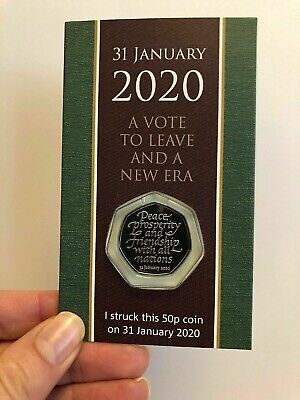 If you want to get a circulated coin (half the price (or less) than a BU coin), check the eBay listings below: 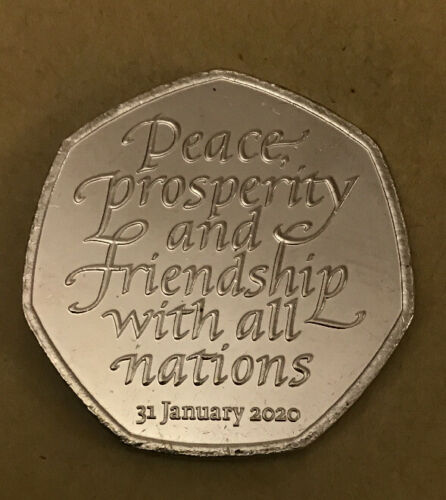 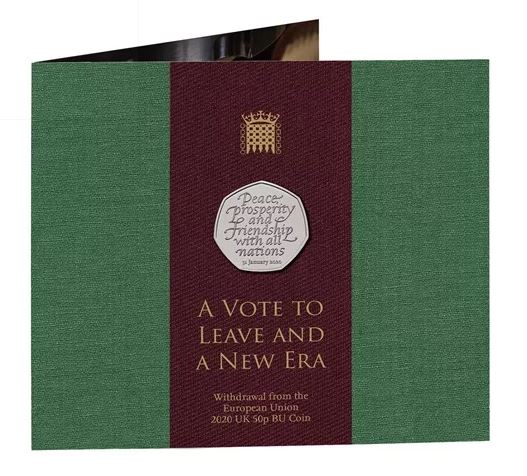 When was the Brexit 50p released?

The Royal Mint will release the Brexit 50p coin to observe the United Kingdom’s withdrawal from the European Union.

Brexit Coins will be available as Gold and Silver Proof limited editions, as well as a Brilliant Uncirculated edition and as part of a two-coin historic set.

In addition, a number of gold Sovereigns will be struck on the day and these particular coins will feature a portcullis privy mark.

The Gold, Sovereign, 2-Coin Set coins sold out by 2.20 am, following the Royal Mint website crashing for the first hour following the release. 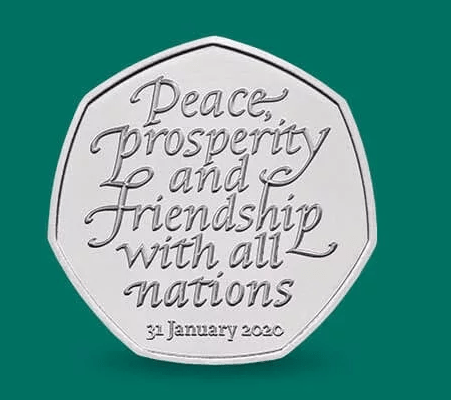 The Brexit Coin design is inscribed with the words “Peace, prosperity and friendship with all nations” with the date “31 January 2020”.

How many Brexit Coins were minted?

It is reported that only 10 million Brexit 50 pence coins will be minted and put into general circulation, limiting your chance of finding one in your pocket change.

Around 3 million of them will enter circulation at banks, post offices and shops nationwide, with a further 7 million expected to be released later in 2020.

What are the Royal Mint Brexit Coin Mintage Figures? 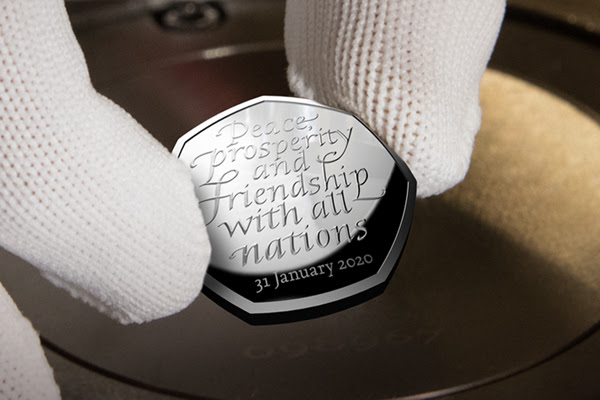 Minting of the first coins 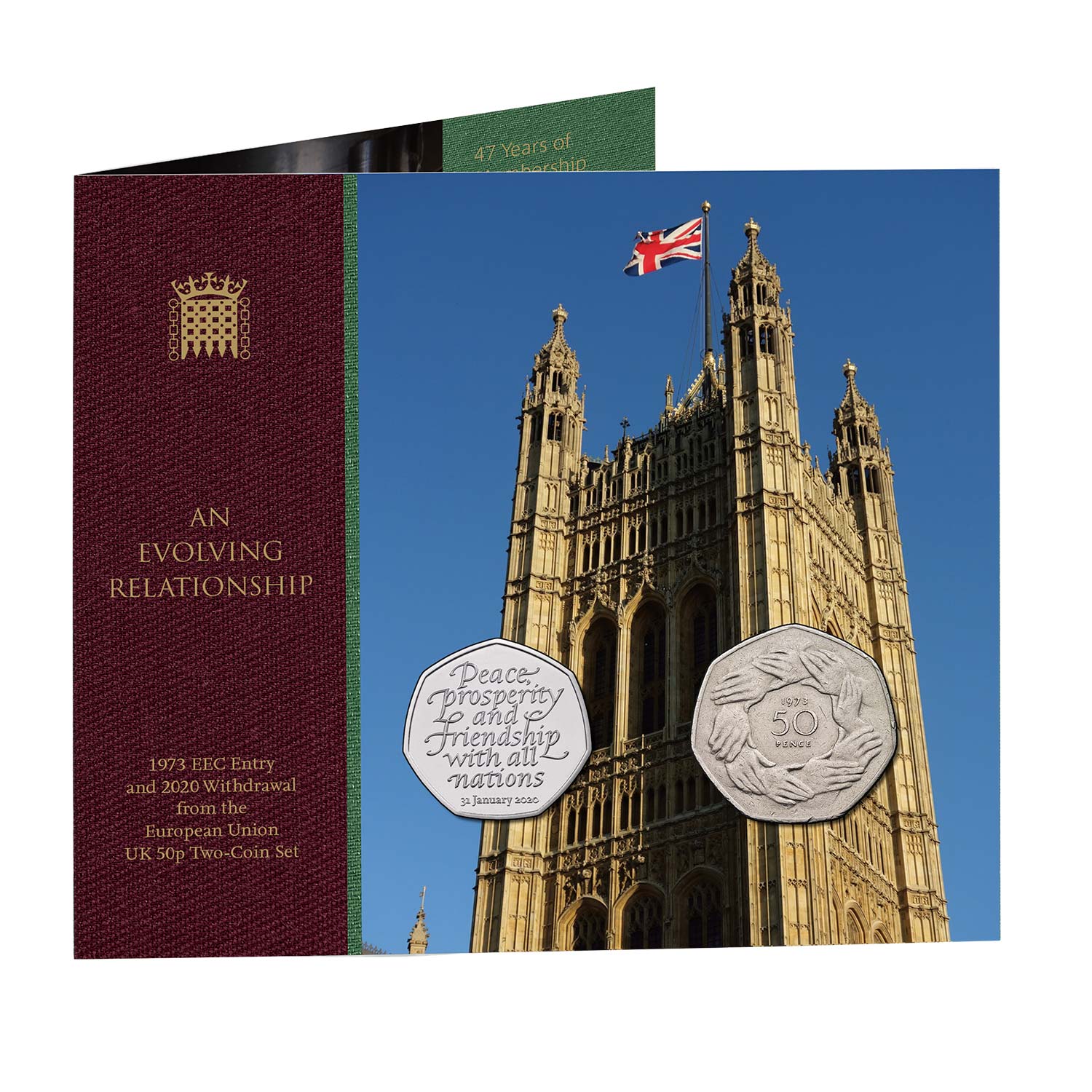 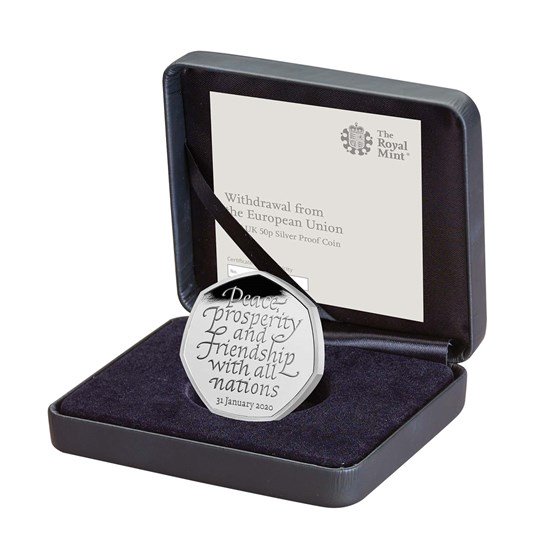 The Silver Brexit 50p coin comes in a presentation box with a Certificate of Autheticity (CoA) that is uniquely numbered. 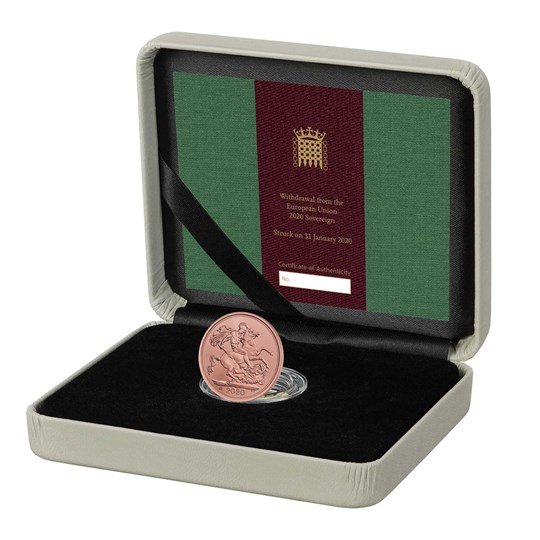 Gold Sovereigns will be struck on the day and these particular coins will feature a portcullis privy mark. 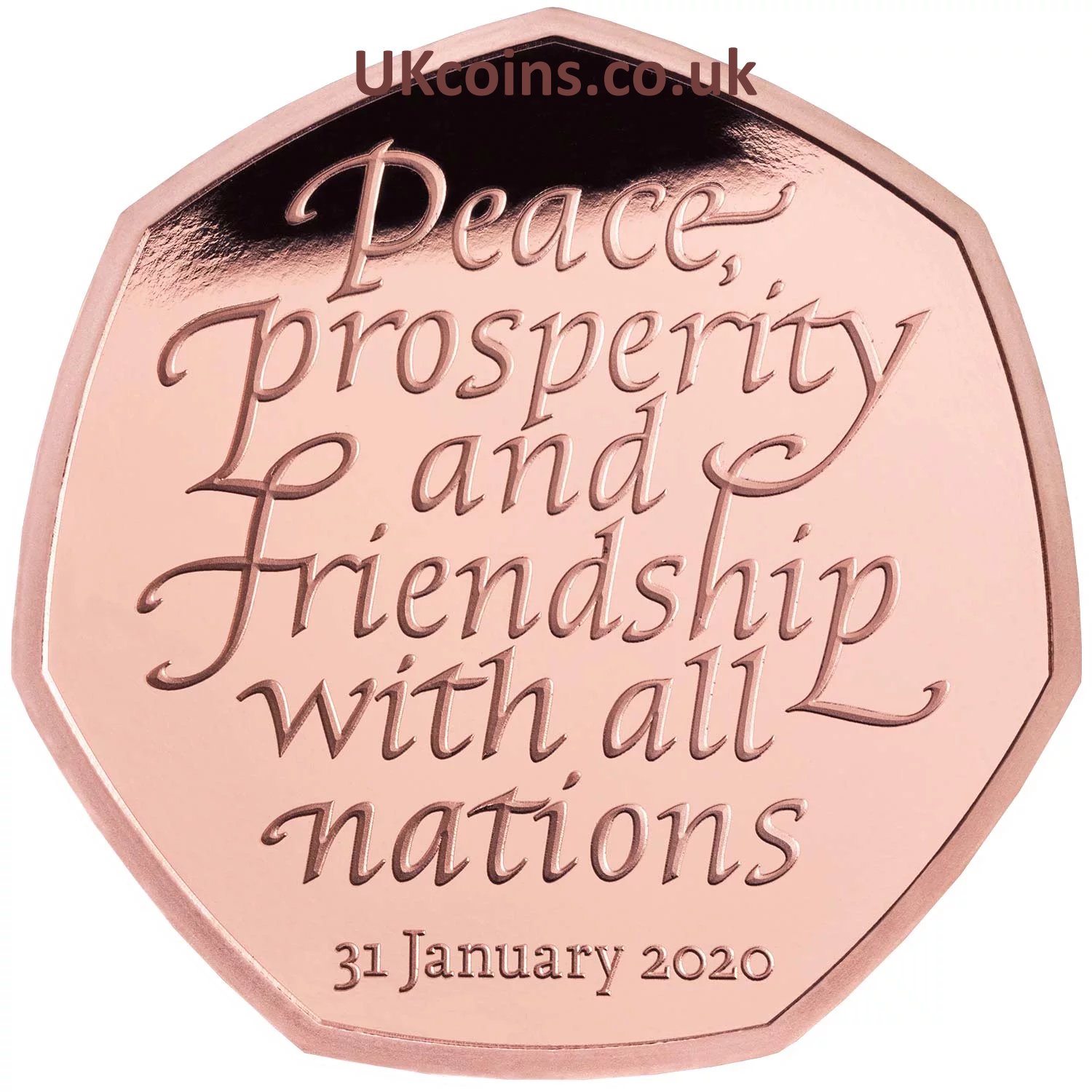 Strike Your Own Brexit Coin (SYO) 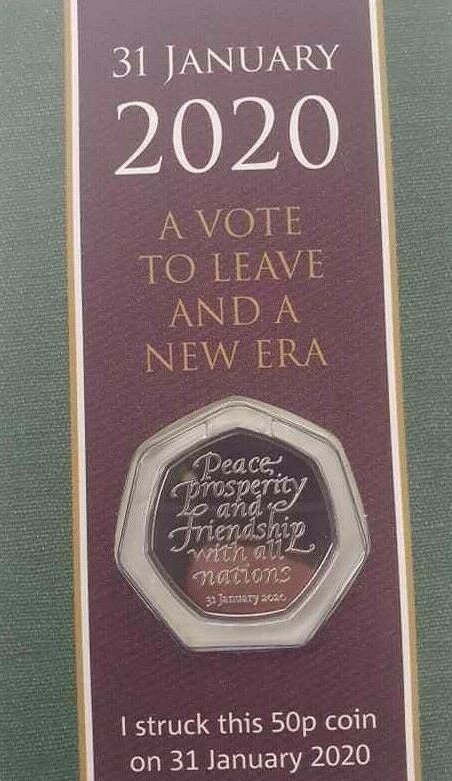 The Royal Mint is letting people strike their own Brexit coin on the day itself by opening their doors a minute after midnight on the 31st January 2020 for the launch of the Brexit coin.

The tours that include the Strike Your Own (SYO) Coin option are already fully booked and sold out for the day.

The Experience will be open for a full 24 hours on the first day.

Anybody who visits on the first day will get their coin displayed in a special package with the date of striking included.

Due to the limited places on the Royal Mint Experience tour all being sold out, pre-orders of the SYO coins are being sold on eBay for £50 to £100.

The Royal Mint Withdrawal from the European Union 2020

Brexit 50p in the news