01/06/202002/11/2020 UK Coins
Disclosure: This post contains affiliate links which means we may get paid a commission if you make a qualifying purchase through our website. Using our link is at no additional cost to you.

The Hylaeosaurus 50p coin was released by The Royal Mint on the 1st June 2020.

This coin is part of a three-coin dinosaur set released from The Royal Mint on Thursday 13th February 2020.

The Megalosaurus 50p was the first coin released in February 2020, followed by the Iguanodon 50p, released in March 2020. 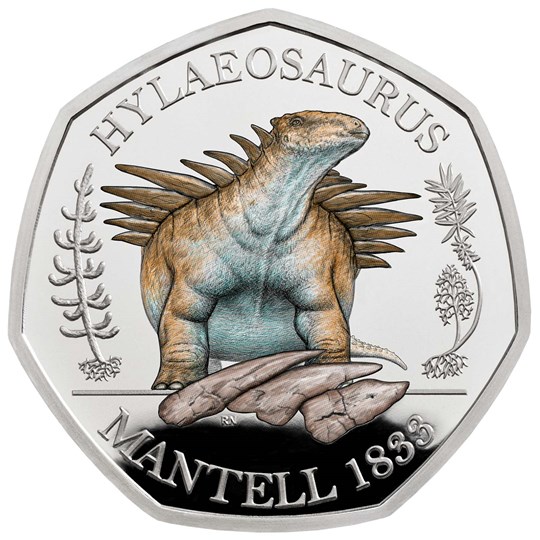 click here to see the current listings of Dinosaur 50p coins for sale on eBay. 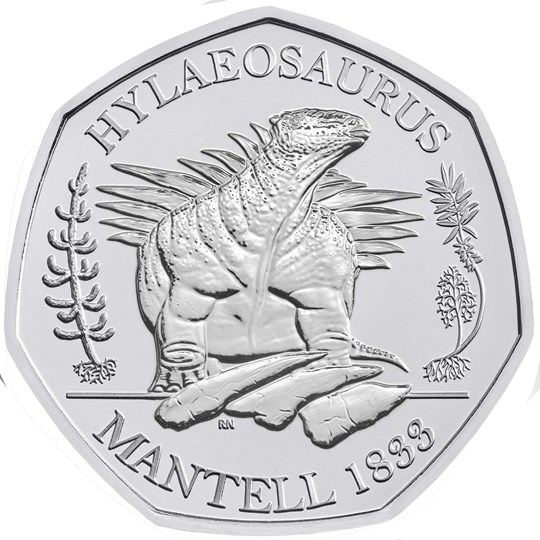 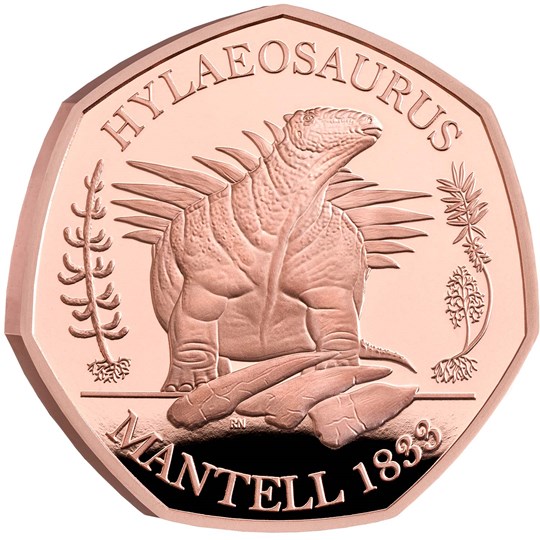 How many Dinosaur coins were made? See the table below for the mintage figures for each coin.

What is a Hylaeosaurus?

The Hylaeosaurus is the first armoured dinosaur ever discovered. Together with Megalosaurus and Iguanodon it played a crucial role in forming our understanding of these long extinct creatures.

It is estimated this dinosaur was around five metres long, however limited remains have been found of this particular species.

Discovered by Dr Gideon Mantell and acquired by the British Museum, the anatomist Richard Owen was able to study the specimen in depth, leading him to conclude it was part of a previously unknown group of giant reptiles which he called ‘Dinosauria’.

Featuring an original design by palaeo-artist Robert Nicholls it shows an anatomically accurate reconstruction of Hylaeosaurus.

Likely a solitary animal, it lived during the Early Cretaceous period 140 to 133 million years ago.

Britain has a fascinating fossil record. Around 50–60 different species have been found here, including Hylaeosaurus, the first armoured dinosaur ever discovered. Together with Megalosaurus and Iguanodon it played a crucial role in forming our understanding of these long extinct creatures.

The Dinosauria Collection concludes with Hylaeosaurus, the third and final coin in the 2020 series.