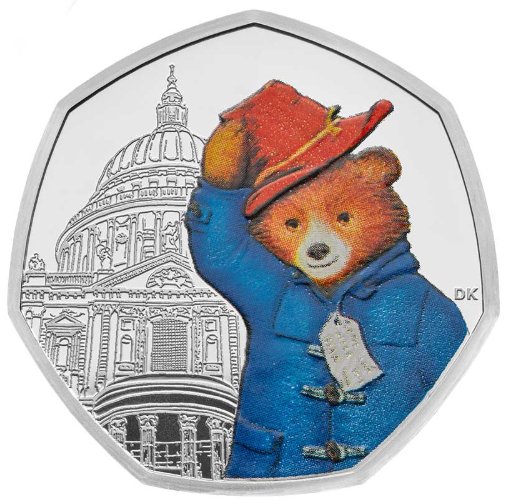 The first coin in the 2019 Paddington coin set, Paddington at the Tower of London 50p was released 13th August 2019.

The coin featuring Paddington Bear outside the iconic St. Paul's Cathedral in London at the Tower of London is available in Brilliant Uncirculated, Silver Proof and Gold Proof editions.

You can buy both coins as a set from The Royal Mint. If you already reserved both coins, we should have received an email telling you that you will be billed soon for the 2nd coin.

How many Paddington at St Paul's Cathedral 50 pence coins are being made? 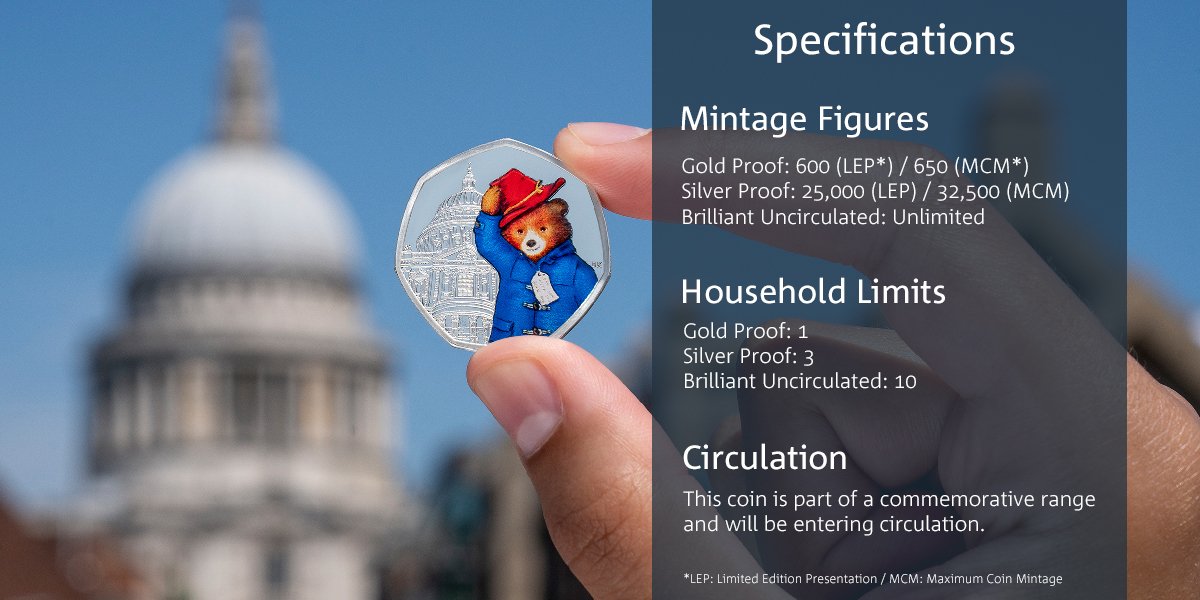 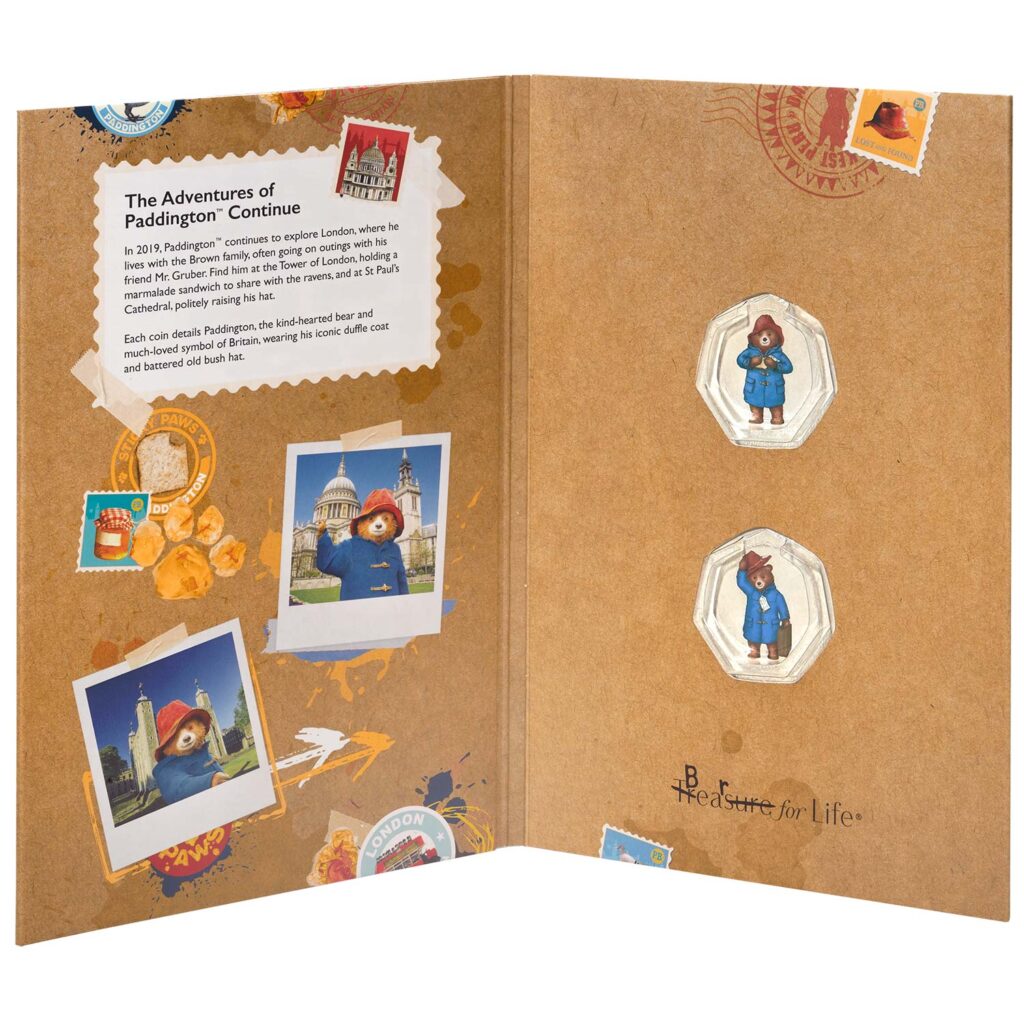 The Royal Mint is offering a FREE 2019 Paddington collector album with all Paddington coin orders * Offer valid while stocks last!

Free from The Royal Mint, Paddington's Scrapbook where you can download and colour in your own Paddington coin colouring pages.