09/12/201625/10/2020 UK Coins
Disclosure: This post contains affiliate links which means we may get paid a commission if you make a qualifying purchase through our website. Using our link is at no additional cost to you. 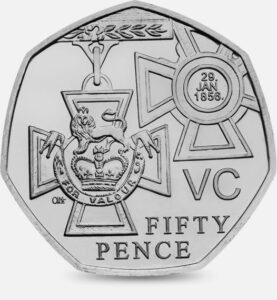 The VC 50p Coin was re-released in 2019 by The Royal Mint and is still available as part of the 50 years of the 50p – Brilliant Uncirculated Coin – Military Set.

With a mintage figure of 12 million coins in general circulation, the VC 50p is considered a common coin on the scarcity index ratings. 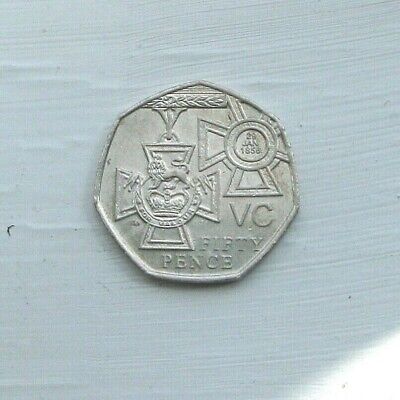 You can buy the VC 50p in different conditions according to your budget including circulated condition.

The Victoria Cross 50p was first issued by The Royal Mint in the UK in 2006 and features a picture of the VC medal with the words VC, Fifty Pence and the date 29 JAN 1856.

This date signifies when the Royal Warrant for the creation of the medal was signed by Queen Victoria at Buckingham Palace.

As a result of someone who paid the ultimate price for valour, the VC medal is sometimes awarded posthumously since the Victoria Cross is the highest award for gallantry in the face of the enemy.

Most noteworthy it was released to mark the 150th Anniversary of the creation of the Victoria Cross medal. The VC medal is world-famous because it is only awarded for the most extreme acts of extreme bravery during battle.

If it looks familiar that is because the VC 50p coin went into general circulation so you may be lucky enough to find one in your pocket change or piggy bank!

Is the VC 50p worth anything?

If you are on a British Coin Hunt, these coins are currently selling on eBay in circulated condition for between £0.99p and £1.50.

See our current Victoria Cross 50p eBay listings above to add one to your coin collection.

In addition to this version of the coin to commemorate the 150th anniversary of the institution of the Victoria Cross, The Royal Mint struck 2 different 50 pence coins.

The other design was also released in 2006 and depicts a soldier carrying another wounded soldier. Check our Wounded Soldier 50p page for more details.

How many Victoria Cross 50p coins were made? 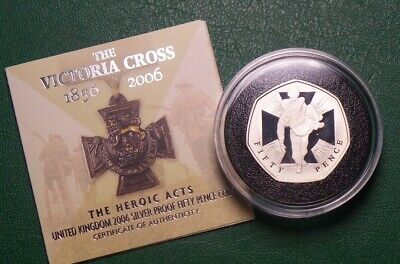 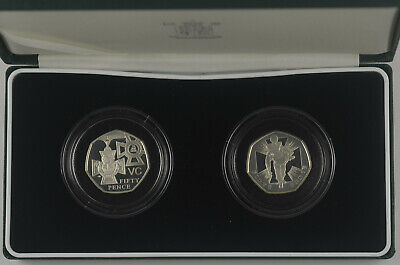 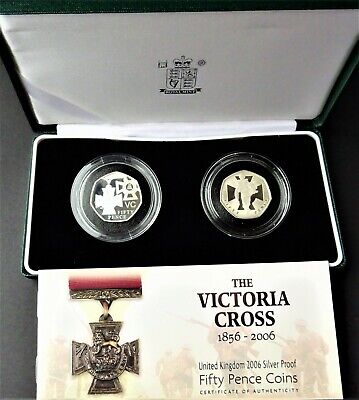 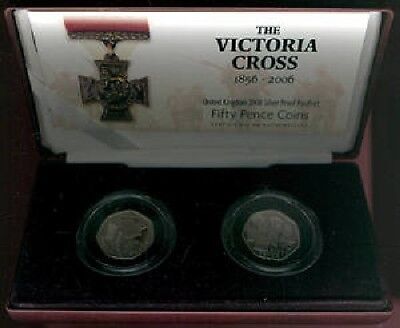 Coin Collector editions of the Victoria Cross 50p coin were minted by The Royal Mint, including a Silver Proof Coin.

Buy Silver Proof coins in their original box with a Royal Mint Certificate of Authenticity (COA).