The following James Bond coins are still for sale directly from The Royal Mint at the time of posting.

Click “Buy It Now” for more details and to place an order, whilst stocks last.

The following coins are now fully reserved (sold out) at The Royal Mint:

You can also reserve the 3-coin set to make sure that you get all three brilliant uncirculated coins in the James Bond Collection. This includes the Shaken Not Stirred BUNC Coin which you will be charged for by The Royal Mint when it ships at a later date. 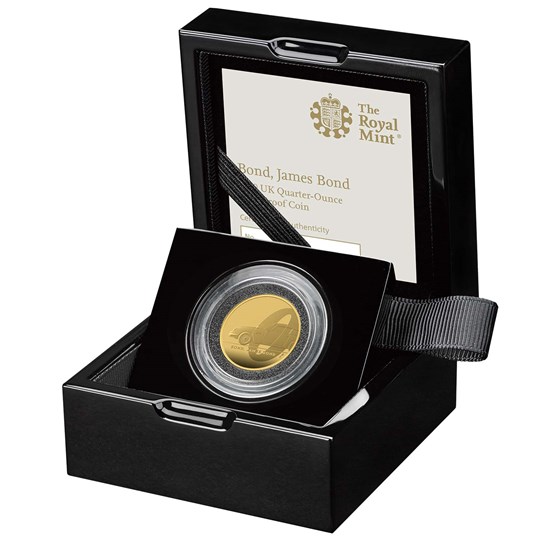 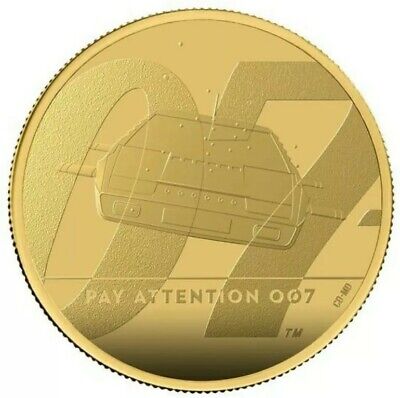 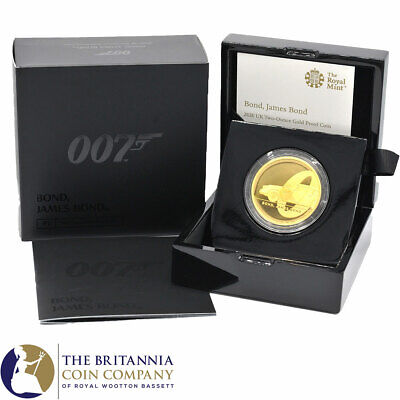 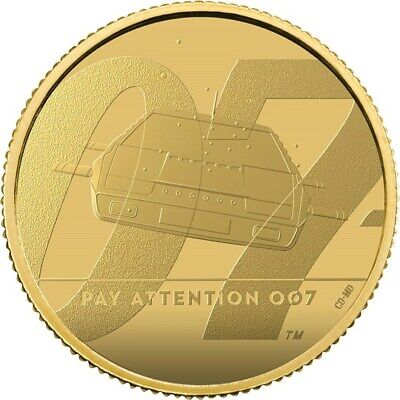 Sold out on day of release (in 51 minutes) 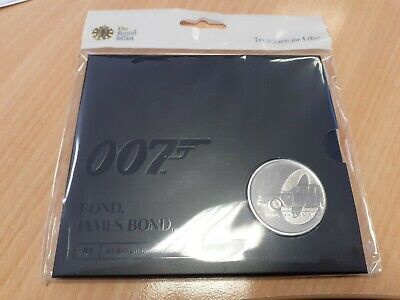 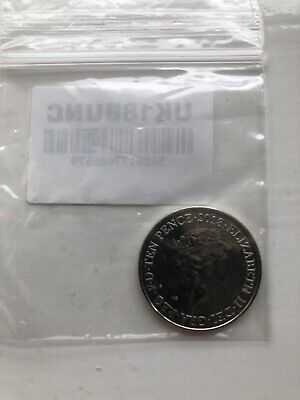 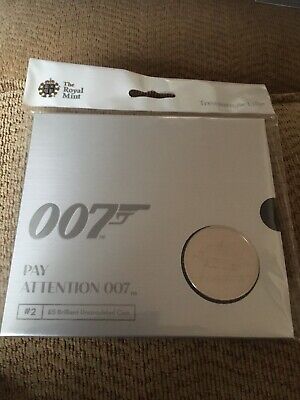 No Time to Die

No Time to Die is a forthcoming spy film and the twenty-fifth installment in the James Bond film series produced by Eon Productions. It features Daniel Craig in his fifth and final outing as the fictional MI6 agent James Bond.

No Time To Die Movie Trailer

Billie Eilish – No Time To Die

Billie Eilish – No Time To Die (Live from The BRIT Awards, London)

A James Bond themed ten pence coin was released by The Royal Mint in 2018 as part of the twenty-six set alphabet coins. 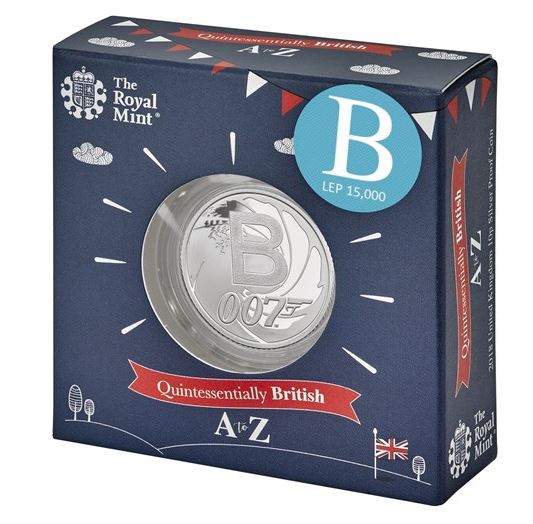 The 2018 Silver Proof Coin in Acrylic Block is still available as a limited-edition presentation of 15,000 coins.

It is the only official UK 10p coin featuring the iconic 007 gun logo and gun-barrel synonymous with the nation’s favourite secret agent.

On the 17th March 2020, The Royal Mail will issue a whole series of 2020 James Bond Stamps and First Day Covers.

These are available for pre-order now from The Royal Mail website.

Each stamp image features one of the six actors to have taken on the role of 007 across almost 60 years of action-packed movies. 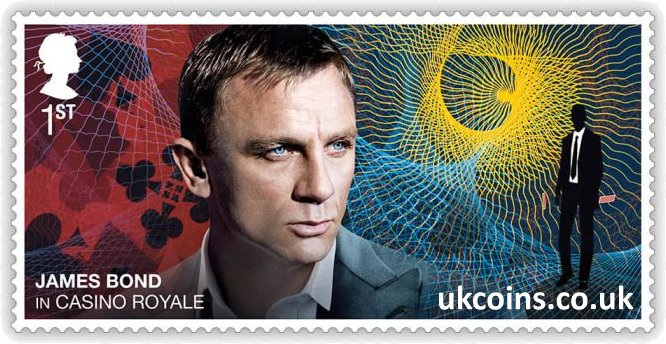 Daniel Craig brings a harder edge to the role on his first mission as 007. First Class 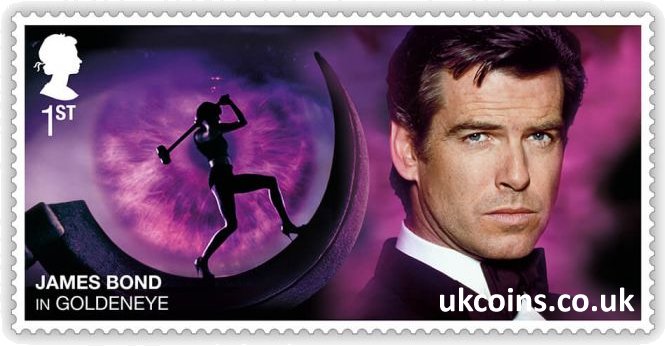 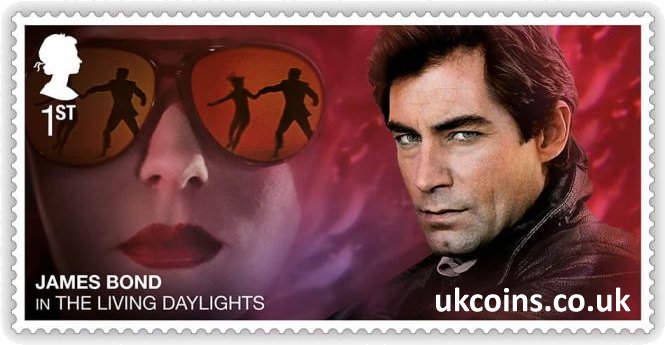 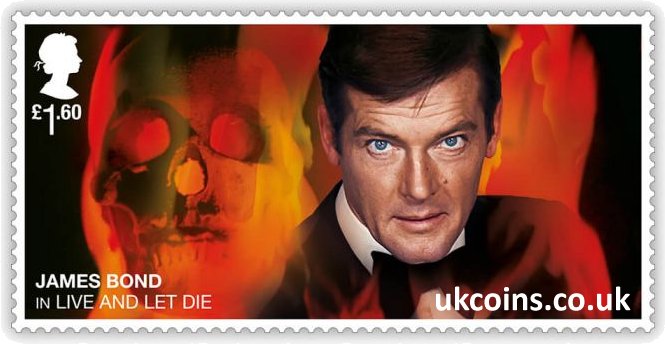 Roger Moore makes his debut in a frantic Caribbean adventure. £1.60

On Her Majesty’s Secret Service, 1969 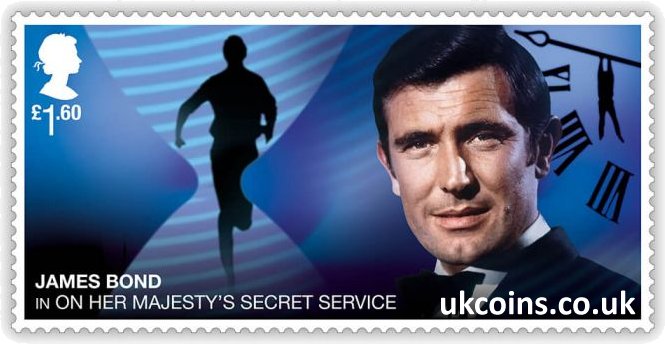 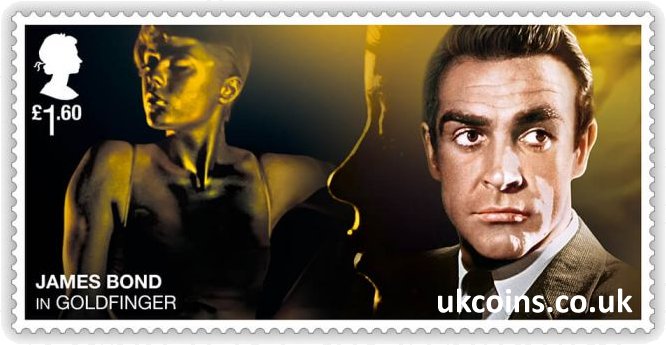 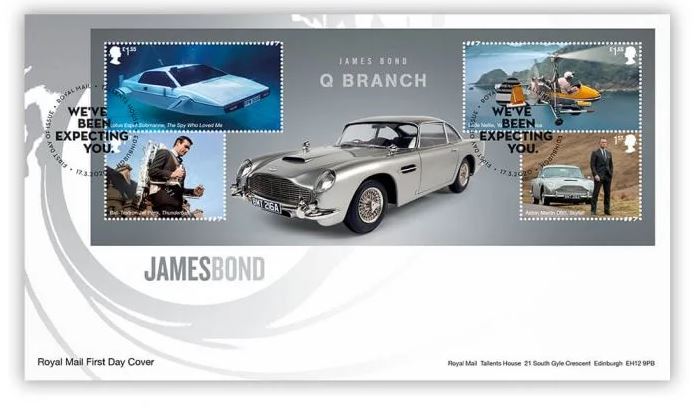 This distinctive First Day Cover is a fact-packed guide to the gadgets that have been featured in turbocharged chase scenes across four Bond films.

The * Tallents House postmark includes a quote linked to Bond’s encounters with his enemies: ‘We’ve been expecting you’.

Reveal the stamps’ secrets when you view the Miniature Sheet under UV light.

An illustrated information card, The World of James Bond, reveals the stories behind 007’s relationships with key allies and villains.