The reverse of the coin, designed by Suzie Zamit, features a profile portrait of Charles Darwin facing a chimpanzee.

Around is shown the anniversary dates separated by the name of the scientist: 1809 · DARWIN · 2009

Below is the denomination: TWO POUNDS. 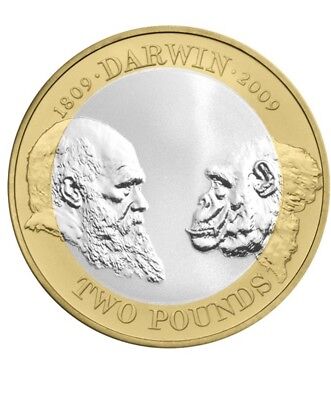 How Rare is the Charles Darwin £2 Coin?

The mintage figures for the Charles Darwin are: