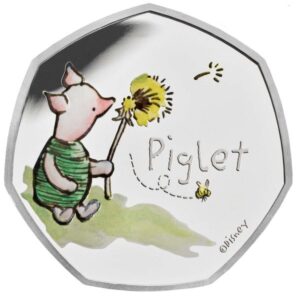 The third coin to be released in the nine-coin Winnie the Pooh and Friends Collection during 2020.

Welcome to UK Coins, the home of rare and collectible British Coins.

We feature rare and collectable coins in general circulation as well as all new coin releases from The Royal Mint in the UK. Check our pages for rare 50p coins and rare £2 coins mintages figures and values.

If you like to coin hunt for fifty pence coins, keep an eye out for the new Diversity 50p being released into general circulation on Monday 20th October 2020. For all 50p coin values and mintage figures, see our 50p coin list.