The White Horse of Hanover Coins 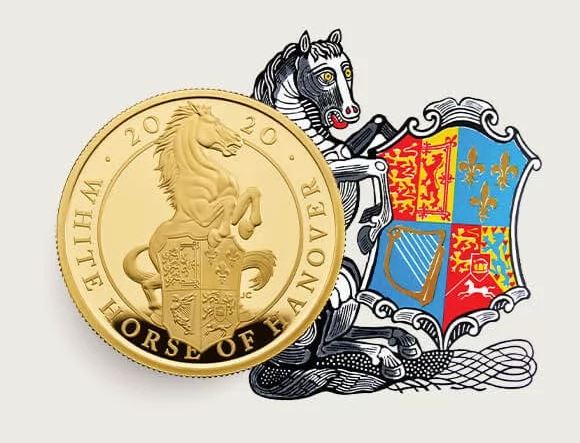 The White Horse of Hanover coin is the 8th coin to be released in the 10-coin Queen’s Beasts coins series from the Royal Mint in the UK. 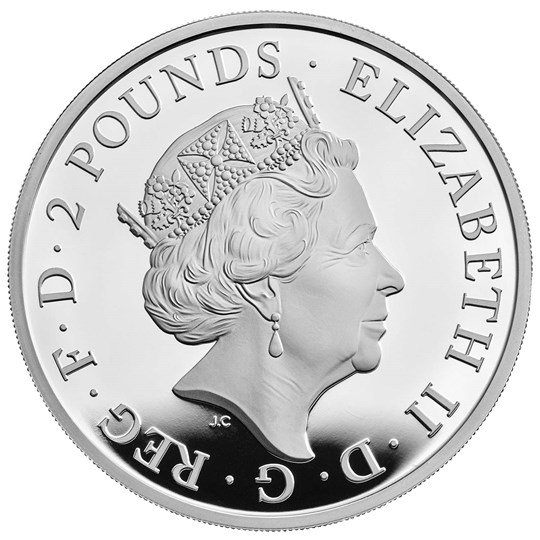 The Queen’s Beasts series is an exclusive release from the Royal Mint in the UK.

The Queen’s Beasts series, inspired by hundreds of years of royal heraldry, includes ten coin designs based on animals and mythical creatures.

For over 500 years British monarchs have used beasts to symbolize their royal ancestry and family allegiances.

The original Queen’s Beasts statues were a set of ten heraldic statues produced by the Ministry of Works to commemorate the coronation ceremony of Her Majesty Queen Elizabeth II on 2 June 1953.

The Beasts stood at six feet in height and were composed of plaster and sculpted by renowned sculptor James Woodford.

The original plaster statues now sit in the Canadian Museum of History in Gatineau after the Canadian Government took possession of them in July 1959.

James Woodford sculpted a series of replicas out of Portland Stone which proudly stands in the Kew Gardens of London.

When was each of the Queen’s Beasts coins released? see the list below.